Tallinn: A Short Excursion from Helsinki to Estonia’s Capital

I can’t say I was especially bowled over arriving into Tallinn’s uninspiring passenger ferry terminal. That isn’t Tallinn’s fault of course. Whenever you arrive in a new country, the first

I can’t say I was especially bowled over arriving into Tallinn’s uninspiring passenger ferry terminal. That isn’t Tallinn’s fault of course. Whenever you arrive in a new country, the first thing you always tend to see is a car park and and a fleet of waiting taxis and buses. Tallinn was no exception.

Undeterred, I set out expectantly underneath a grey sky heavy with snow showers. I had done lots of reading about Estonia’s capital city before my visit and, if what I read was to be believed, things were going to get much better.

Shopping in the Soviet Union Era

Like many towns and cities across continental Europe, Tallinn is split into an historic Old Town and a much more recently built New Town. Whenever you see photos of Tallinn, it’s normally of it’s much prettier Old Town.

To get there, I first had to negotiate my way along a dull street lined with shopping centres. Some of the shops still appeared to be run like they would have done in the Soviet Union era. Rather than rows of shelves as is customary these days, there were a series of glass-topped counters manned by stern-looking older ladies. Intrigued, I popped into one of them.

The counters in the store were filled with a variety of items from meats, cheeses, confectionery and alcohol to smoking paraphernalia, menacing-looking knives and hunting gear. One stall specialised in mugs with Vladimir Putin’s face on them. I must to admit, I was quite tempted by these.

Some ladies tried to engage with me in Estonian, while others stared vacantly at their phones or looked directly at me in silence as I browsed their wares.

I left the store a little spooked without any Putin-themed merchandise and headed for the steeples of the Old Town. 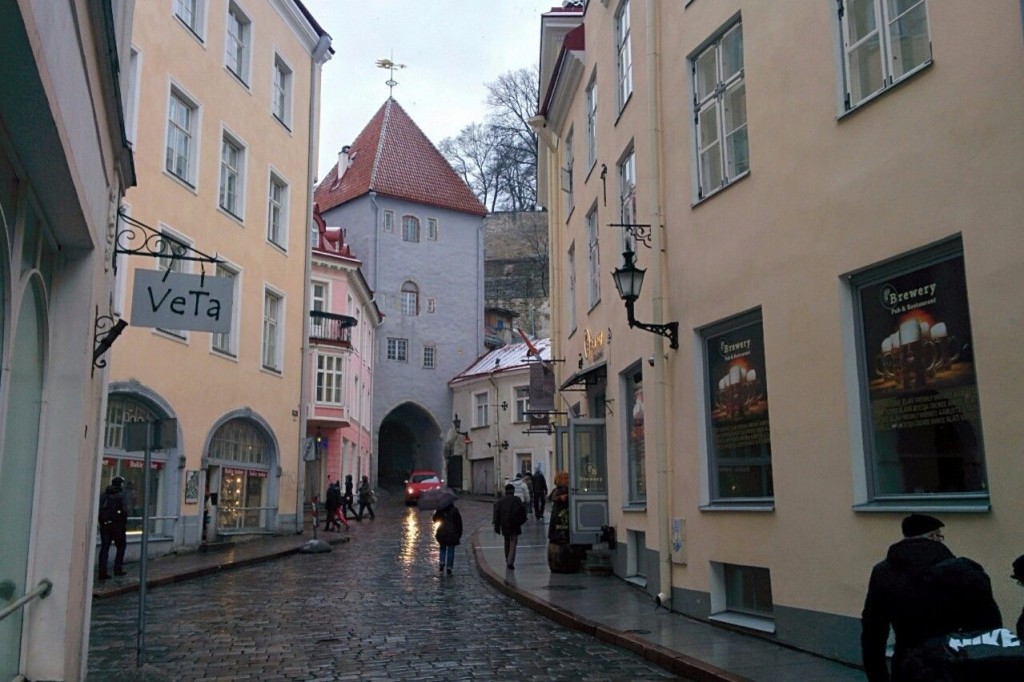 Thankfully, Tallinn is one of those exceptions where first impressions don’t count. The Old Town, a UNESCO World Heritage Site, is a treasure trove of cobbled streets and narrow alleyways lined with gift shops and welcoming cafes and pubs.

The city has a long and varied history with many of Estonia’s neighbours having staked a claim on the nation over the course of time. This is reflected in the Old Town’s variety of architectural styles. Even streets that lead to nowhere in particular were picturesque and rich in character.

I had come to Tallinn with high expectations and despite the chilly weather and some retail quirkiness, I left feeling that my expectations had been met.

2 thoughts on “Tallinn: A Short Excursion from Helsinki to Estonia’s Capital”

Subscribe to our newsletter for travel updates & eco-travel news

Now check your email to confirm your subscription!

Have we been helpful? If so, please consider supporting us!

Now check your email to confirm your subscription!

Give Back
Guides
Courses
Resources
Shop