Before you carry on reading, spend the next 10 seconds trying to imagine what 24 hours in Munich might be like. What kind of imagery springs to mind when you think

Before you carry on reading, spend the next 10 seconds trying to imagine what 24 hours in Munich might be like. What kind of imagery springs to mind when you think of the Bavarian capital? What might you see and what might you eat and drink? Don’t worry, I’ll wait right here while you have a think…

Did you do it?

In those 10 seconds, did you see Lederhosen and Dirndl-wearing men and women drinking litres of beer and eating enormous pretzels in huge tents whilst being serenaded by a brass band? Am I close? Go on, admit it!

I’m not a big fan of stereotypes as they’re normal exaggerated. In this case though, particularly if you visit Munich in September, your expectations will be met. As you might expect though, there’s a lot more to Munich than meets the eye. Here’s our an account of 24 hours spent in magnificent Munich. It’s a credit to Germany’s third largest city that we had a fantastic day and barely even scratched the surface.

Your 24 Hours in Munich Starts Here

11:55: Watch a jousting tournament at the New Town Hall Glockenspiel

We started our 24 hours in Munich the way most people do, by watching a wedding, a jousting tournament and repetitive dance routine. We followed the crowds of tourists to Marienplatz and craned our necks back in readiness of watching these three events. A hush fell upon the square as bells struck 12. We waited with bated breath, mouths slightly agape, with a sense of anticipation.

Full-sized wooden caricatures started to whir into action atop the New Town Hall (Neues Rathaus) as bells played the first in a series of tunes. A re-enactment of the wedding of Duke Wilhelm V and Renata of Lorraine was in progress. The glockenspiel, consisting of 43 bells and 32 life-sized figures, was installed in 1907 and is still in fine working order.

To say the portrayal was captivating would be lying, but it was still amusing and rather enchanting. We were certainly impressed that this huge, decorative structure was still in working order over 100 years after it was installed. The most interesting section of the routine was the jousting tournament, particularly when one of the jousters was knocked over (Tip: place bets on which one you think might win before it happens). The crowd of spectators watched in peaceful and respectful reverence throughout and applauded when the show was complete. It was certainly a gentle start to our 24 hours in Munich.

The New Town Hall (Neues Rathaus) Glockenspiel on Marienplatz is one of those tourist attractions whose reputation is perhaps better than reality. But it’s the reputation that draws people in and makes this one of Munich’s highlights and we’re glad we were able to see it for ourselves.

In 1883, a man named Max Rischart opened a bakery in Munich. Since then, the business has grown considerably with branches all over Munich and, five generations on, is still run by a member of the Rischart family. Drawn in by the promise of cake (rapidly becoming our Kryptonite), we headed to the first floor of the most visited bakery branch in the whole of Germany, the Rischart Cafe on Marienplatz. With a view of the New Town Hall and its famous Glockenspiel, we enjoyed a creamy tomato soup and Rischart’s Club Toast, a delicious sandwich of chicken, salad, egg and bacon.

Afterwards, we spent longer than necessary gazing at the counter display of cakes, tortes and gateaux. After careful consideration, Jade opted for a slice of Schwarzwälder, an irresistibly decadent black forest gateau topped with chocolate, cream and a plump cherry. I on the other hand went for a serving of Fidelio, a cake made of biscuit, vanilla cream and raspberries and topped with marzipan and a fruit jelly.

Honest, tasty food and a wonderful way to get fuelled up for our 24 hours in Munich.

14:00: Climb the Tower of St. Peter’s Church for fantastic views

With only 24 hours in Munich, we wanted to see as much of the city as we could. So, we headed to a place where we could literally see all of it – the Tower of the Church of St Peter (Kirche St. Peter). The tower, colloquially known as Alter Peter (Old Pete), is 91 metres high and offers views of the entire city and, on clear days, even the Alps. After being destroyed in a fire, the church was rebuilt in 1368 and is a mixture of Gothic, Renaissance and Baroque styles. After admiring the architecture, we headed up the 299 steps to see what we could see from the top.

The Alps weren’t visible on our visit, but the city was in all its red-tile-roofed and clock-tower-filled glory.

15:30: Explore the Expansive ‘Englischer Garten’ for a breather

Look at any map of Munich and your eye will immediately be drawn to a huge green scratch emanating from the city centre, extending almost 6km to the outskirts. This is the English Garden, (Englischer Garten) one of the largest urban public parks in Europe. The park boasts over 75km of path and walkways, over 100 bridges crossing 8km of streams and a series of interesting attractions.

We took the U-Bahn (Munich’s underground metro system) to Dietlindenstraße station, walked along the main road to the park and, without any real idea of what route we would take or what we would find on the way, strolled in the direction of the city centre. What we discovered was an unmanicured but well-looked-after park full of green spaces, mature trees and waterways. Every so often, we’d stumble upon a curiosity or point of interest, like a gentlemen busker cheerfully playing the accordion, a horse-drawn carriage, a statue, a bridge or a waterfall. On a lake, visitors had hired electric boats and they were dutifully dispersing wildfowl as they hummed their way across the water. It was all rather lovely and it was smashing to see the park was clearly loved and able to offer so much to so many.

Our peaceful stroll was suddenly disturbed by the unmistakable echoes of Bavarian music. Easily distracted and always open to discovery, we followed our ears to find out where it was emanating from. We turned a corner and were delighted to find a beer garden full of revellers being serenaded by a traditional band atop a Chinese pagoda of all things. The garden was enormous and was full of people enjoying the ambiance, freshly baked pretzels and generous steins of beer. We were tempted to join in, but we were still recovering from our day at Oktoberfest a few days before and decided it wise to abstain on this occasion.

18:00: Head to ‘Hofbräuhaus München’ for beer and meat

Our abstention didn’t last long. We were getting peckish and knew our only option was to head to one of Munich’s historic traditional beer houses. The house we chose, Hofbräuhaus, was first opened in 1589 and is still a firm favourite among locals and tourists. The place is an impressive mix of vaulted ceilings covered in frescoes and beautifully crafted wood furniture, some of which is over 100 years old.

We headed straight for the main beer hall, Die Schwemme, which was a fluster of activity and noise. Revellers roared with laughter and held their steins aloft in celebration whilst servers in traditional garb emerged from doors bringing yet more beer. We apologetically squeezed our way between tables and found one of our own amongst the hubbub. After exchanging nods and smiles with our table-mates, we got about to the important business of studying the menu. We decided to have roast pork served with a potato dumpling and homemade gravy and a mixed salad with roast kernels, crispy bacon bits and house dressing. Perhaps unsurprisingly, we also ordered two beers. Helped by the house band playing traditional Bavarian tunes, the revelry was infectious and it wasn’t long before we were singing along and thoroughly enjoying ourselves.

After we’d eaten, we were keen to explore the rest of the house. We walked upstairs and came across the Festival Hall, an cavernous room full of more long-tabled merriment above which hung beautiful chandeliers and even bigger vaulted ceilings covered in more decorative frescoes. For a true taste of Bavaria, there couldn’t be a better place than this.

21:00: Go for a Ride at the Oktoberfest Funfair

For you to enjoy this part of your 24 hours in Munich, Oktoberfest will have to be running (yearly during September). If it isn’t running, simply stay in the beer house or move to another one of your choosing. If you’re lucky though and Oktoberfest is in full swing, catch the U-Bahn again to Theresienwiese station.

We’d already had our day at Oktoberfest earlier in the week so we were here just to go on some rides. If you are visiting the festival ground to do the same, access is free and unrestricted. You can just pay for each ride as you’re going around. If though you’re hoping to experience the beer and pretzel-fueled version of Oktoberfest, don’t show up at 9pm and expect to gain access to any of the beer tents. Unless you have a reservation, you will be met with closed doors and shaking heads.

We don’t recommend you mix a full-on drinking session with the funfair (unless you enjoy feeling sick). Instead, we suggest you designate a day or evening for the funfair either before or a few days after your Oktoberfest experience. We’ve made a complete guide to Oktoberfest especially for Oktoberfest newbies with more tips such as this one. You can view it here.

It was interesting to see how different the festival ground is at night. When we visited initially by day, there was a sense of fun and silliness. By night however, there was a heightened excitement and much more of a party feel. Jade and I avoided the beer-guzzling and toured the food stalls and rides, all the while bedazzled by thousands of twinkling lights. It was a fun way to end our 24 hours in Munich.

Special Thanks to the Munich Tourism Board

Our 24 hours in Munich couldn’t have been possible without the assistance of the Munich Tourism Board. Thank you for your help in making our day so special.

Get your free eBook now

Hello. Welcome to Here To Travel

Here To Travel is a website dedicated to food & travel in less explored places.

Buy Us A Coffee 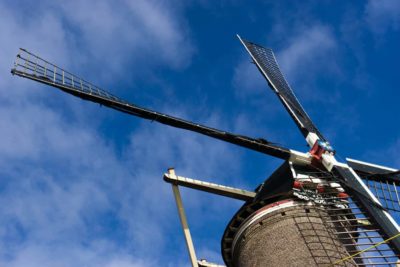 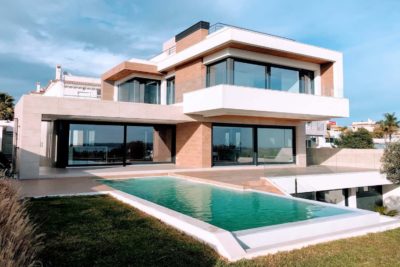 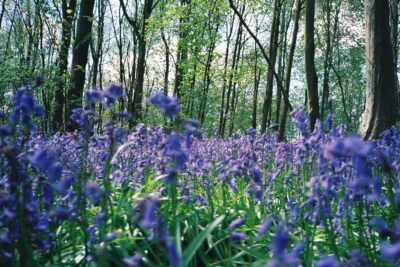 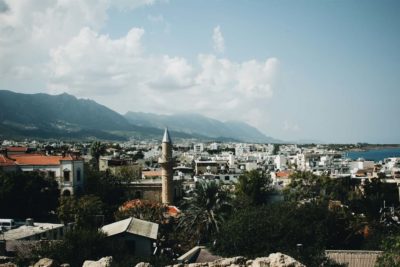 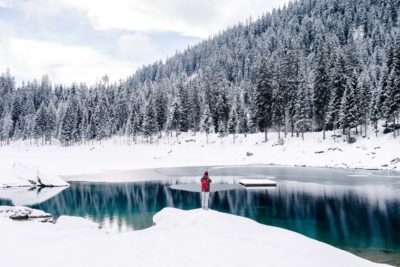 Here To Travel is a website dedicated to kinder and more conscious travel.